Elaine Hussey is a native Mississippian who still lives in her home state. A musician and actress as well as writer, she composed the blues lyrics that appear throughout her literary fiction novel, The Sweetest Hallelujah. She sings in her church choir and has sung in musicals at Tupelo Community Theater as well as played dramatic roles such as M’lynn in Steel Magnolias and the White Witch in The Lion, the Witch and the Wardrobe.  Elaine is a member of PEN, American Center, a literary organization with past presidents in memoriam Robert Frost and Arthur Miller.
She also writes as Anna Michaels and Peggy Webb. In a career that spans more than 25 years, she has written a vast body of work as Peggy, is a USA Today Bestselling author and has received numerous awards and honors, including having one of her books submitted for a Pulitzer.

Elaine is available for speaking engagements, interviews and appearances. She is also happy to speak to reading and writing groups via phone.

Clik on an image to download a higher resolution version. 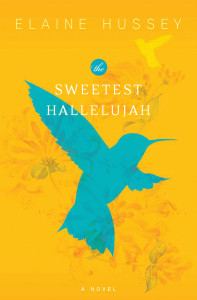 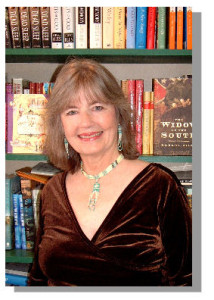 What’s Coming Next From Elaine Hussey

A Word From Elaine Hussey

Background in the Story

Elaine’s Comments on The Sweetest Hallelujah

Novel by Tupelo author may have readers shouting hallelujah

Interview with Elaine with Vicki Hinze

The Reading Frenzy, Interview with Elaine